A Page from Munaku's Book

When growing up in my village, my peers from the neighbourhood always preferred the meals served at my home while I preferred what was served in their homes.It did not stop there; as youths  now living in a world full of conflict and violence, our neighbour Kenya  apparently had all that we needed to experience the Paradise of our youth. The Uganda of the 70s was under the authoritarian rule of General Idi Amin. Typical of youths anywhere, I and my peers had an overwhelming sense of safety though still acknowledging and confronting difficult external realities of living under military rule.

Well aware that there is never a time in life when we do not have a child within, a friend and I made our first adventure of travelling outside Uganda just before we embarked on our long courses of Medicine and engineering respectively at the only National University of the time. Armed with innocence- openness, optimism and excitement, we took an overnight bus from Kampala to Nairobi. These were the East African Community days: free movement and easy monetary exchange of one Ugandan shilling for one Kenyan shilling. My young brother who was a student at the Directorate of Civil Aviation in Nairobi had warned us of the cold weather in Eldoret and Nakuru so we were well covered in sweaters over blue Jeans. We arrived in Nairobi by 6am and true to his word, my brother was waiting for us  at the bus terminal. Closing my eyes now I can see his sunny face with surprising clarity and detail! Tall and lean , with an Afro cut, he was wearing a warm checked shirt over bellbottom trousers and platform shoes.

There and then , we began our ten days of fun and adventure. Nairobi was a big city full of people. It  had wide , clean streets. The people were warm and friendly and not too much in a hurry; they were willing to offer help where they could.The public shuttles locally called ‘Matatus’ were foreign to us but by the end of the week we had got used to being packed like loaves of bread and their fast speed. I was mesmerized by the tall buildings like Hilton Nairobi, Kenyatta Convention Centre and Uchumi House. We looked on in envy as mini buses painted in the colours of zebras and giraffes offloaded and loaded tourists at the hotels. We lost count of the numbers. We visited the Nairobi National Park, the Giraffe centre, the Snake park , the biggest market in the city and the cultural centre : BOMAS of Kenya. My brother had many pilot friends who enjoyed letting off steam during the nights so we  became night revellers; dancing at the most popular places like Club 1900. We had very little to worry about so we shopped, danced, partied and had fun. By the end of our stay, I had fallen in love with Nairobi and would later come back many times over to create more memorable experiences. No doubt these were among the best years of my life.

Then I graduated, got married, became a mother and later looked for greener pastures in Botswana, southern Africa. For all the years I was in Botswana, I never visited my second home: Nairobi, I always passed through the Jomo Kenyatta International Airport in transit to Entebbe, Uganda.

Now that I have retired and relocated  home, I seized the first opportunity to visit Nairobi. Last week I attended the Women Doctors international Conference in Westlands, Nairobi. As I was driven from the airport, I was flooded with memories of my youth.  Many of these I have not recalled for a long time and yet they were as vivid as if they had happened yesterday! That is the power of memory!

I could not help but marvel at how Nairobi city has changed in those two decades. It is unrecognizable! 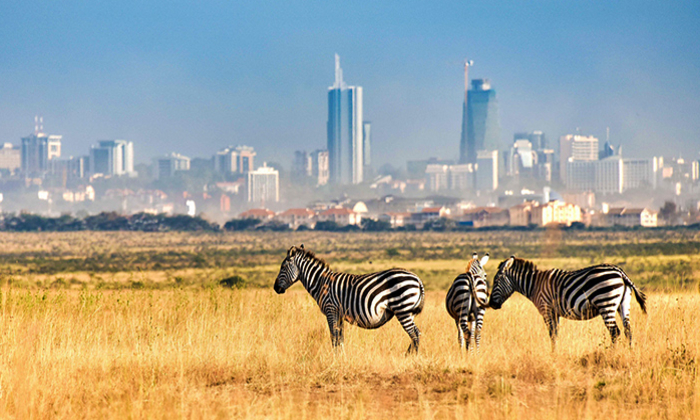 It is a city of Towers and skyscrapers and most of this expansion occurred in the late 1990s and has continued to today. I kept craning my neck to read the names of the towers: Britam Towers- the tallest, followed by UAP Old Mutual Tower, Times Tower, Prism Tower and I could not count those under construction. I had to admit to myself that I was mesmerized by the new towers and the highways. All the Nairobi landmarks of the 1980s and early 1990s had been dwarfed by these towers. My face lit up as I recognized one old familiar place- The Sarit Centre  very close to the conference venue. The Sarit centre was at one time the biggest shopping mall in Nairobi and the place to be and be seen.

Later in the week, accompanied by a friend, we walked through the city centre. Recognising the cylindrical Hilton hotel on Mama Ngina street helped me to get my bearings right. It was like being reunited with a long lost old friend. From there I could recognize other streets immediately. Despite the big crowds in the streets, I felt safe, secure and peaceful just like the good old days. I was thankful that the boda bodas– motorcycle  taxis had not taken over the city  as in Kampala.

They say that : “What the heart has once owned, the eyes cannot forget”.  I had to take a moment to view the city from the tenth floor of Movenpick hotel  mainly to identify the old and familiar landmarks like Nyayo House, Uchumi  House and Rahimtulla Towers.It was my way of proving to myself that I was in Nairobi! I also drove and walked through the Kangemi slum situated in the western part of the city. I noticed some changes too: some simple solid structures soared above the numerous temporary ones.

The full day guided tour to Nairobi National Park, Elephant orphanage, the Giraffe centre and Karen Blixen Museum and BOMAS of Kenya awakened the child in me. Each place had a fond memory tagged to it and seemed to embrace me with a hug. A visit to Kenyatta  National Hospital reminded me of the friends who had worked there.

The dinner –dance held at the Utalii College Hotel brought back memories of the rich and diverse Kenyan cuisine and night life. Unexpectedly, it also reminded me of my age: the one- time night reveller could not stay beyond midnight!

All in all, Nairobi still remains an amazing place with so much to enjoy.

I left Nairobi relaxed and young at heart.

The radical change that the city had undergone confirmed to me that I still had the power to create a new life for myself by learning to be free – to let go of attachments: friends and places even life itself.

So next time I visit Kenya, I shall explore the city on my own and just be in the moment.

I would be very happy to hear from you.

Tales of the Thoughtless MIND

A daily selection of the best content published on WordPress, collected for you by humans who love to read.

The Art and Craft of Blogging

The latest news on WordPress.com and the WordPress community.